Full disclosure – this top was made a while ago, so this is a catch-up blog, so please don’t be disappointed that you may have already seen this top scattered across my insta in pics like these.

For those of you who know me, you’ll know that I love stripes, and for those of you that don’t know me, well, I love stripes. Stripey t-shirts, stripey blouses, stripey skirts, basically anything stripey, I own. So when I was gaining more skills with sewing with knits, and after I had made a few Agnes tops (see my blog post of my Agnes here) I attempted my first Coco top, as it’s a perfect pattern for a cheeky Breton top. It a lovely shape, one of my favourite patterns from TATB and it’s a very similar design to a few RTW tops that I own, so obviously I had to make one.

Before I began my first top I looked at the recommended fabrics and I read that Tilly suggests to use a low stretch and low drape knit fabric, and what did I do? I chose a high stretch and high drape fabric (smart right?). Anyway, off I went, thinking that my poor choice in fabrics would have no consequences, but boy I was wrong. But don’t get me wrong, the fabric is LUSH, it’s from Ditto Fabrics and would be amazing for an Agnes top-dress-hack or a skater skirt of some kind, but it just wasn’t right for this project, even though I really wanted it to be.

I had a few issues which should of tipped me off that I’d made a mistake. First of all, it was very annoying to cut out, I attempted to pattern match using this tutorial, but alas, I failed. Next, the neckline was being annoying and difficult to work with, all my instincts told me to draft a neckband for it, but again, did I listen? No. So in my exasperated state I added some bias binding, as it never fails me. I thought a woven strip of fabric wouldn’t go with the knit fabric but I thought that I had already made so many mistakes that it was worth a shot right? Weirdly – it worked. Well, I have to admit, it’s not perfect, but it’ll do until I can be bothered to do a proper neckline.

Nevertheless do not allow my poor choices to distract you from the greatness of this pattern as what I was pleased with was that the fit of the top. It was super good as it fitted my waist correctly and my narrow shoulders too, which is rare to find without alterations. So, I’m hoping this will become a very-wearable toile and I see many more of these in my horizon – including some dress versions –  so watch out!

For the photos of this top I chose to have a little adventure to Devil’s Dyke in the South Downs. So, check them out and let me know what you think!

So overall, I reckon it’s a pretty good top, it’ll be a nice one to chuck one whenever I feel like having some comfort in my outfit even though I had some issues with the neckline (see below). Anyway, we can definitely say that I’ve learnt my lesson and will from now on listen to the recommended fabrics (actually I’ll probably won’t). 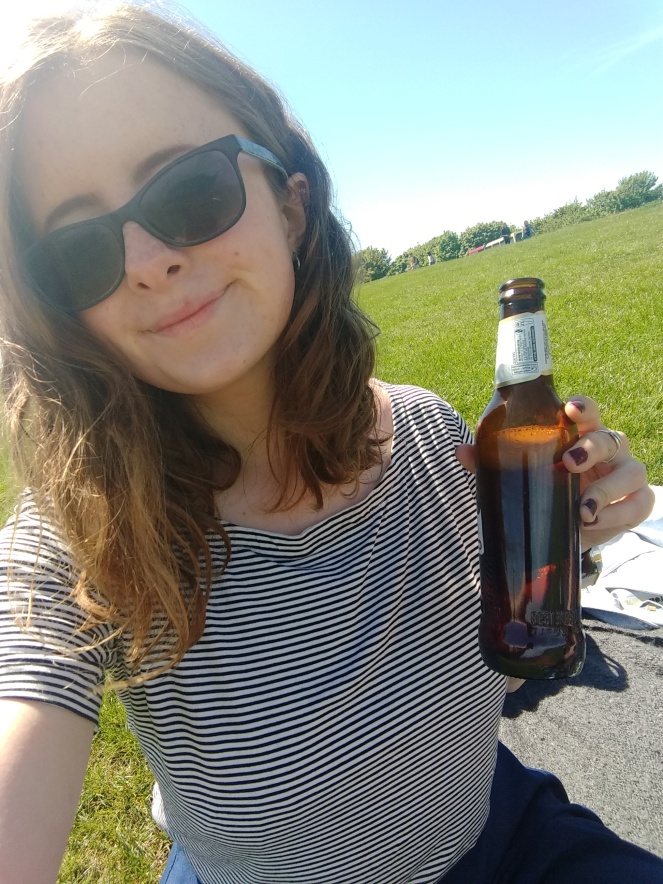 So until next time,

View all posts by pintsizesewing

One thought on “My first Tilly and the Buttons Coco top.”